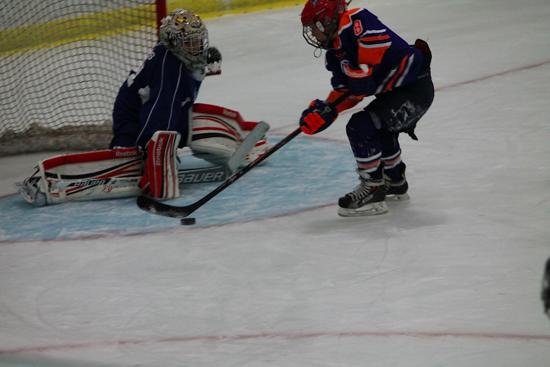 The 2005 Bakken Oilers team is currently being formed.  Given the tremendous interest from elite players around Western North Dakota and the Twin Cities area, this will be by both invite and open tryouts to be scheduled.  If you would like to be considered for the 2005 Bakken Oilers, please contact Team Organizer Stacey Diehl.

Bakken Oilers 12U skated away as the 2017 12U Summer Finale Champions with two hard fought wins in the championship round.  After going undefeated in pool play, Bakken beat Chicago Mission 3-2 in the semi-finals and moved on to face The winner of Crown Hockey - Gold and Machine Orange.

In the championship game, The Bakken Oilers defeated Machine Orange 1-0 in the first minute of overtime to claim the Summer finale championship.  The MVP award went to Payton Schwantes for her outstanding play all weekend and her game winning goal in the overtime championship game.

Congratulations to the players, coaches and families of the 12U Bakken Oilers!  What a great way to end the summer.  The entire organization is proud of you!

The 2005 Bakken Oilers team is building on its core of already commited talented players to form an elite team that will play top competition during the 2015 AAA hockey season.  Following the model of our most successful teams, elite players from Western North Dakota and the Twin Cities area have already committed to the team and invites are out to players from Fargo, ND, Grand Forks, ND and Canada that have expressed interest.  This team will be by invitation and open tryouts may also be scheduled.  If players are interested in joining the 2005 Bakken Oilers, they should contact Team Organizer Stacey Diehl to be considered.